Synopsis: An exploration of the term Deva meaning god, heavenly supernatural being as seen through the relationship between a mixed-race British black and Indian couple Dev and Sarah displaying the rhythmic flow of reality and dream states. The idea of Sarah being with her divine life partner seen through reality and dreamlike states as shown through a surreal pre-wedding dance rehearsal.

Sarah, 30, an impulsive mixed-race Bollywood obsessed actress and Dev, 29 her sensitive Indian rapper fiance are to be married in a month’s time. Sarah is giddy with excitement as they’re having their second rehearsal.
Their passionate, eccentric Indian choreographer is a man of few words, instructing them by shouting through a loudspeaker. Dev is slightly irritated by the instructor’s closeness to Sarah when he grabs Sarah to show Dev how to move to the dance.
Sarah’s parents show up. Her dad a lawyer from Sweden and mum, a hairdresser from Guadeloupe.
Seven days later Sarah and Dev have another rehearsal, tensions are running high, Dev is not as committed to the dance. Sarah gets flustered and storms out of the studio. 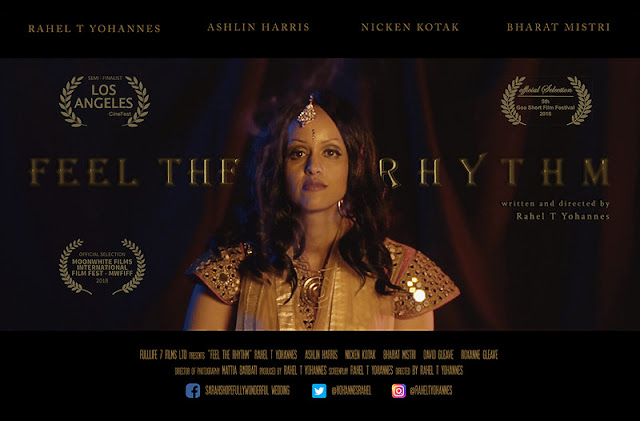